Skip to main content
It looks like you're using Internet Explorer 11 or older. This website works best with modern browsers such as the latest versions of Chrome, Firefox, Safari, and Edge. If you continue with this browser, you may see unexpected results.

Arc of Justice: Livestream and Q&A

Arc of Justice: Livestream and Q&A 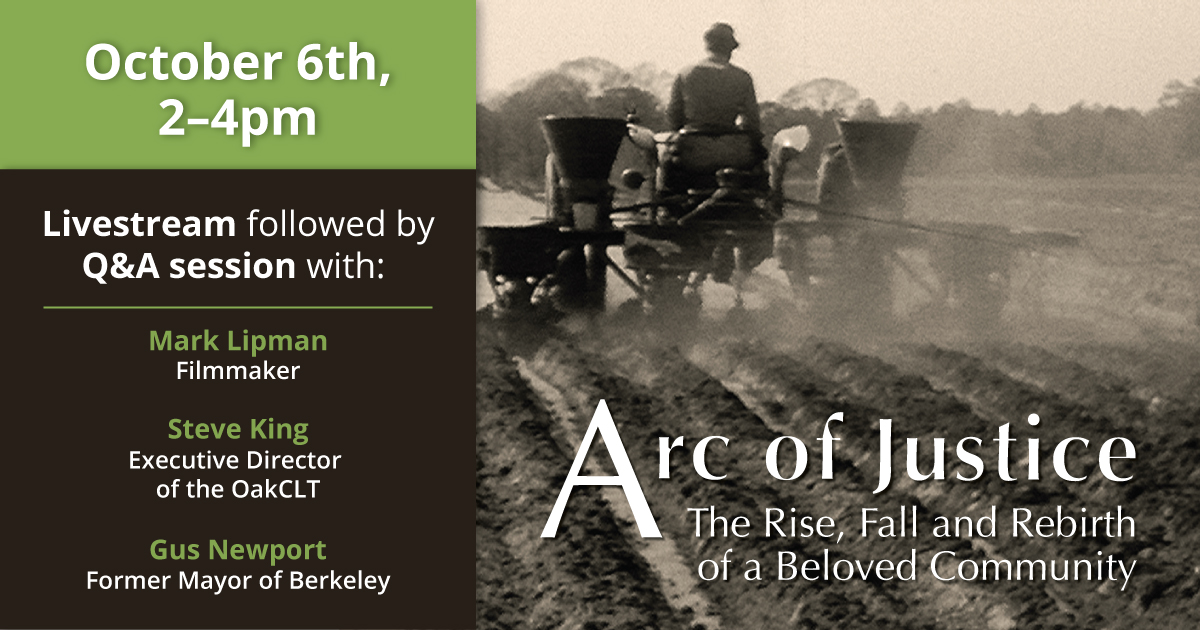 Join AC Library's Justice, Equity, Diversity, and Inclusion (JEDI) team for a screening of Arc of Justice: The Rise, Fall and Rebirth of a Beloved Community on Tuesday, October 6, 2020 from 2-4pm. This short documentary is about the community land trust, New Communities, Inc., in Albany, Georgia. NCI was created in 1969 by leaders of the Civil Rights Movement to help secure economic independence for African American families.

The screening begins at 2:10pm, followed by the Q&A from 2:35pm to 3:35pm. The Q&A will feature guests Mark Lipman, filmmaker, Gus Newport, former Mayor of Berkeley, and Steve King, Executive Director of the Oakland Community Land Trust. Register for this event. 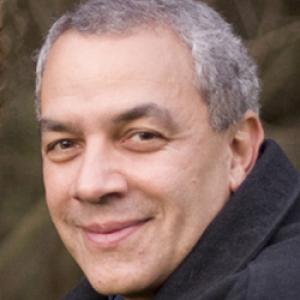 Mark Lipman is a documentary filmmaker whose topics delve into a range of social issues. His films include Holding Ground: The Rebirth of Dudley Street (1996) and its sequel Gaining Ground (2013), Street of Dreams: Development Without Displacement in Communities of Color (2013), and States of Grace (2014).

Gus Newport was the mayor of Berkeley from 1979-1986 and is currently on the National Council of Elders. He is a lifelong social justice activist and has been deeply involved with community land trusts. After his time as mayor, he became the director of the Dudley Street Neighborhood Initiative that was featured in the documentaries Holding Ground: The Rebirth of Dudley Street (1996) and Gaining Ground (2013). 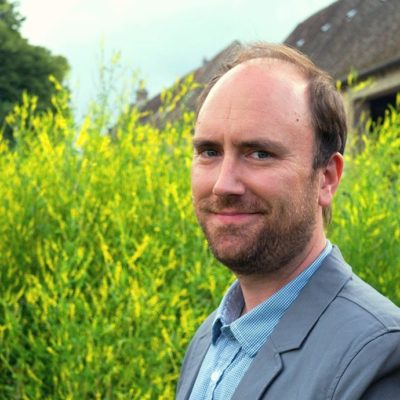 Steve King is the Executive Director of the Oakland Community Land Trust. His work with community-based organizations focuses on equitable development, affordable housing, and applied social research. He previously served as the Housing and Economic Development Coordinator at the Urban Strategies Council.