I was able to gain more confidence after each week and began building my own projects at home. It wasn’t necessarily the increased confidence in my skills that motivated me to make my own things, but rather an increased willingness to experiment and fail.

The outdoor cat house I made may look shoddy (it might even fall apart!) but I’ll never forget the feeling of pride when I saw it standing in the yard with a workable door and lock. Who cares that some of it is held together by tape, or that there is a giant gap in the floor? I’ll just find a way to work around problems, like using an old carpet to cover the gap. Searching for workarounds and overcoming failure was the biggest lesson I learned from the Archimedes classes. Without fail (haha, aren’t I punny?), there was a failure in every project I made, every week. Even so, I’ve never been so eager to make things. 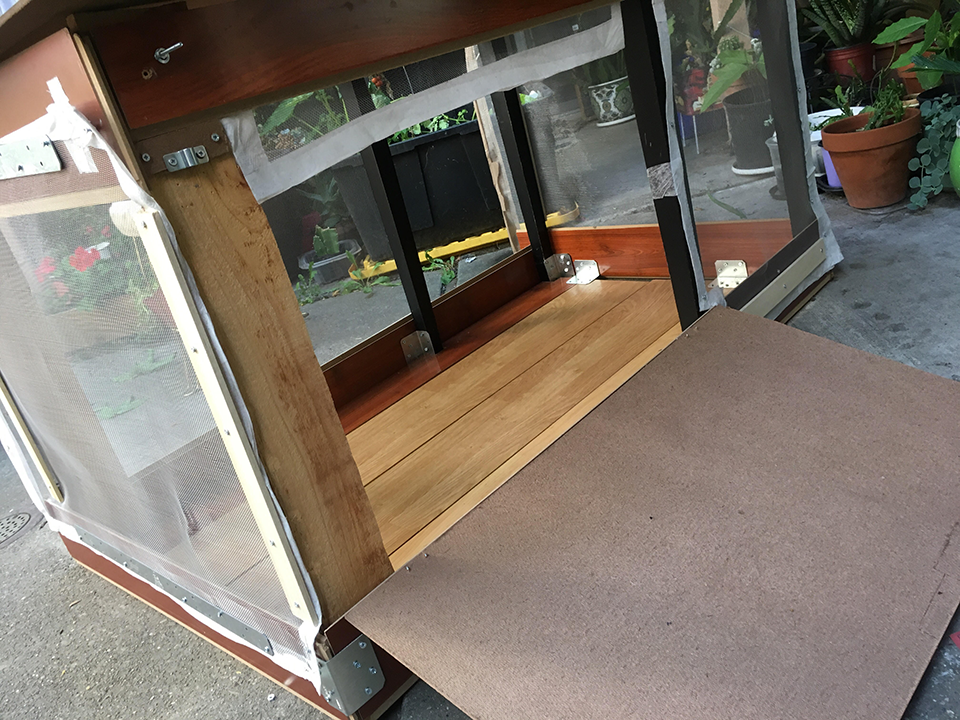 Above, you can see an outdoor area for the kittens made out of old floorboards, scrap wood, and whatever I scrounged from my parent’s cabinets. Oh, and also from a giant shopping spree at Home Depot. Tape helps keep the edges of the window screen from unraveling (I hope).

I was ambitious the first week of class. Using the Adafruit Flora and buttons called snaps, I decided that I would make a stuffed squid pouch complete with eyes and tentacles that would light up. After conquering my fear of soldering, I painstakingly soldered snaps onto the Adafruit Flora...only for them to fall off shortly after I sewed on the backs of the snaps to the fabric. Pretty much the only thing keeping me from throwing the monstrosity into the trash was the time crunch. I ripped out the snaps and just sewed on the neopixels and the Flora to the fabric directly with metal thread. Frustration set in and intimidated me to give up when the neopixels did not light up.

Frantically, I wiggled the threads in desperate hopes of something happening, and then, I saw it! A glimmer of hope! The light at the end of the tunnel was just within reach, manifested as discolored lights flickering spasmodically on my squid. And it was the wiggling of the thread that made me realize poor connections was the only reason my circuit was malfunctioning. Exercising my problem-solving skills, I soldered the thread to the neopixels. Just as I thought, “I finally did it!”, the lights stopped working. 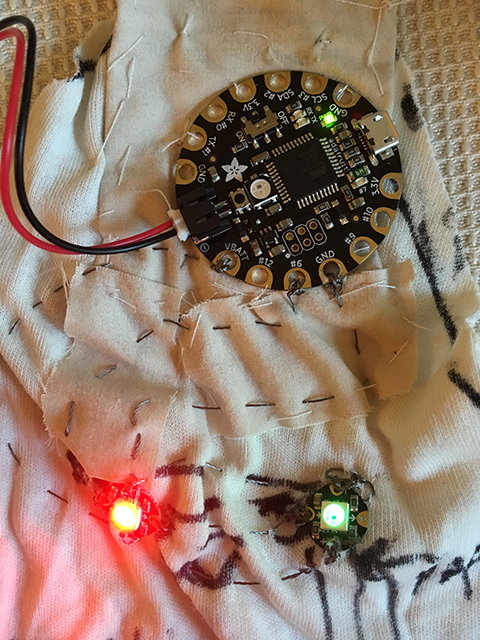 Hilariously, someone asked if the lights changed by a motion sensor, since they would jitter whenever I moved it. Who knows? Maybe failure in my eyes is still enough to make someone else happy... it was certainly enough to make a certain someone’s eyes light up. 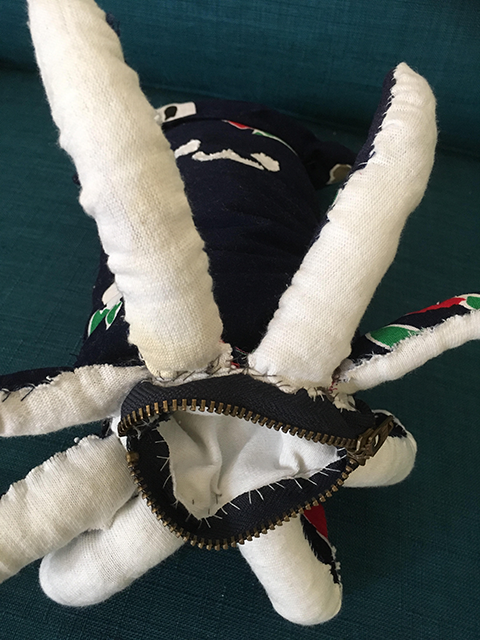 Poor planning turned a squid into a malformed octopus. It might not have light-up eyes anymore, but at least that makes it more squishable than ever.

There was setback after setback. After I rescale a model in Fusion360 or redraw a component in Adobe Illustrator, I discover that there are more problems to solve and bugs to fix. Perhaps it doesn’t fit on the Lulzbot printer’s bed or supports work poorly with the model. Maybe small words don’t get cut well on the Silhouette Cameo vinyl cutter. Sometimes, it ends up working out okay after I adjust a few settings in the software. Other times, I have to modify the whole project, such as when I abandoned the use of the Adafruit Flora to make my squid an ordinary, but squishable pouch. 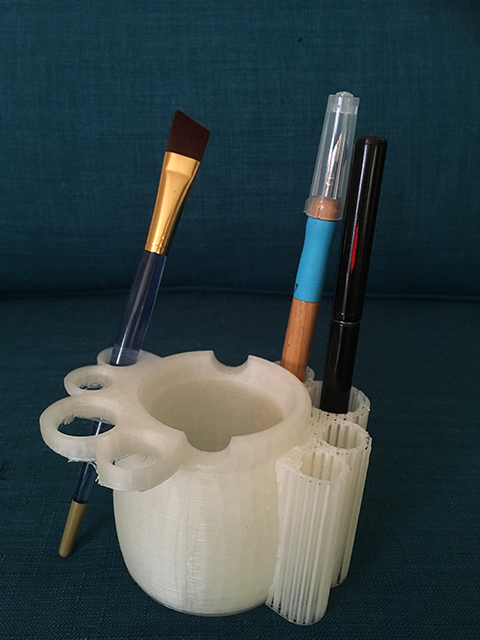 Inadequate support caused the underside of the brush-holder rings to fall apart. Other than looking rough, though, my print still functioned well as a paint cup and brush-holder. The supports were recycled to become more brush-holders. 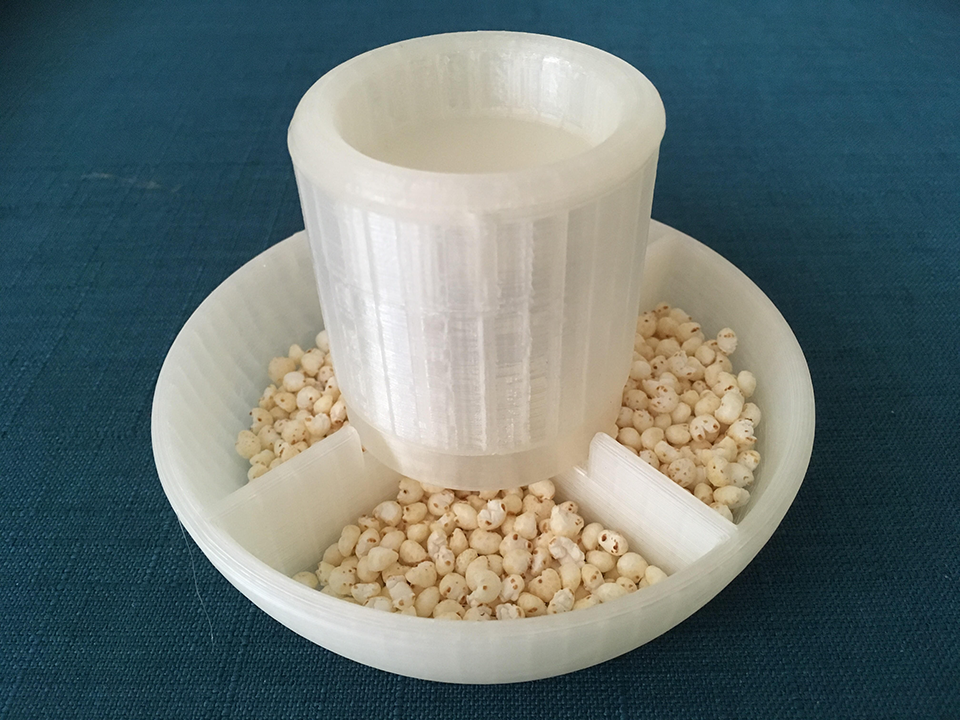 A quail feeder is made from three printed components—a dish, cylinder, and cap. The cap doubles as another dish. Originally it was supposed to be one print without components, but support would have been inadequate on the underside of the cylinder. To frustrate things further, an update to Cura caused shells and tolerance to behave differently, causing my components to fit too loosely together. Next time though, I know I can make it better. 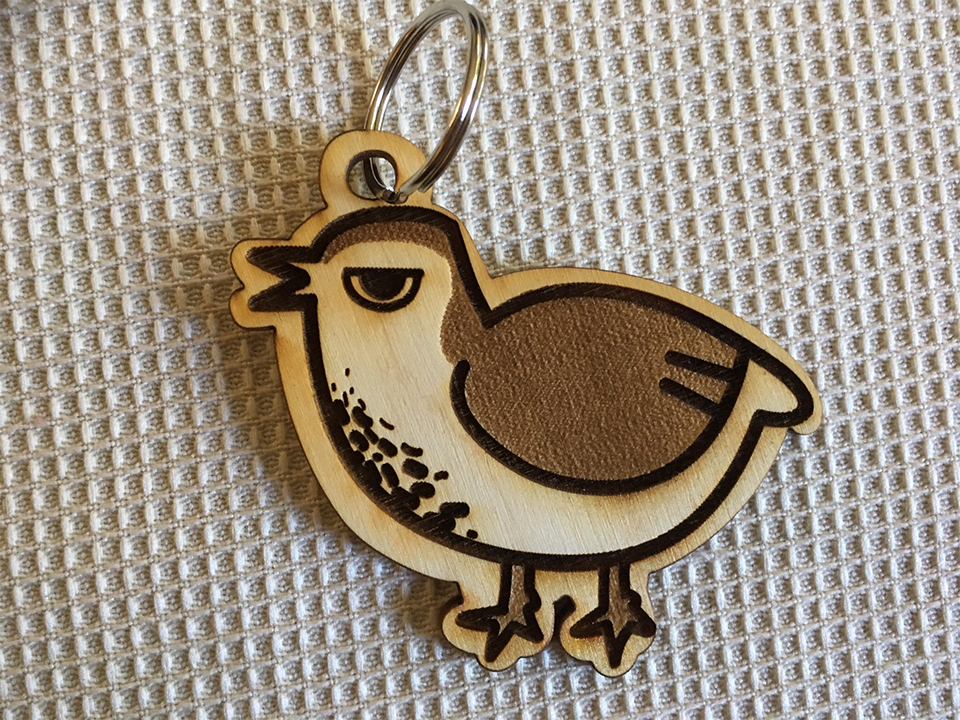 It was a hassle figuring out the SVG file for this little laser-cut bird, but it turned out well. 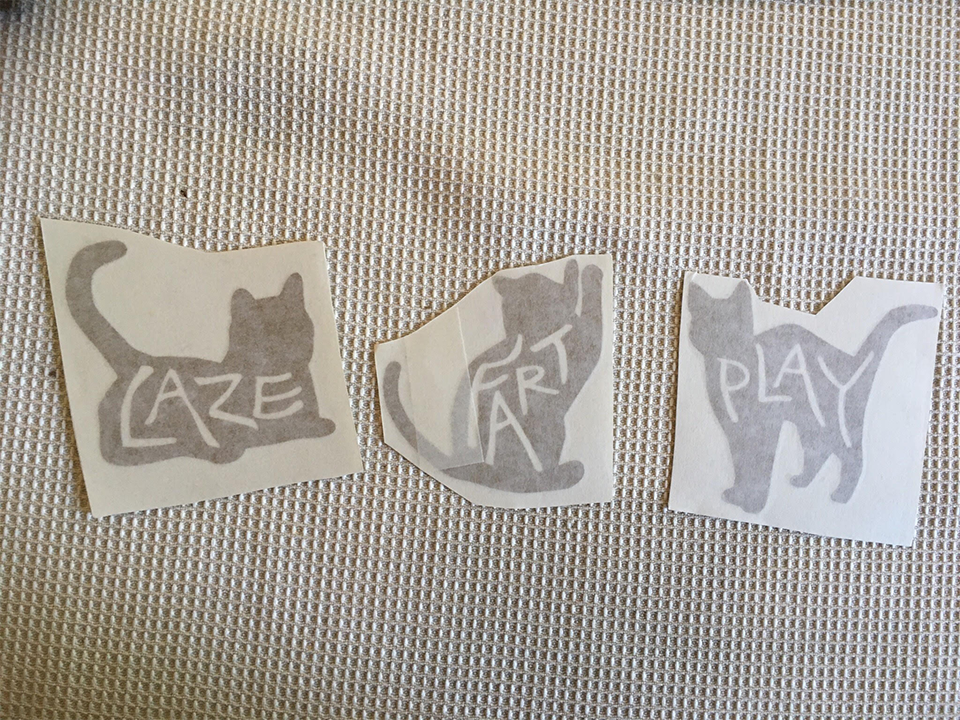 The vinyl cutters were surprisingly quick at cutting out the stickers. I’ll be using it much more often.

Come back tomorrow to read the last blog in this series!