These books are just the tip of the iceberg in a growing body of Asian American literature. We encourage you to read these books and hope they spark your interest in discovering more titles by Asian Americans and Pacific Islanders.

The Name Jar by Yangsook Choi 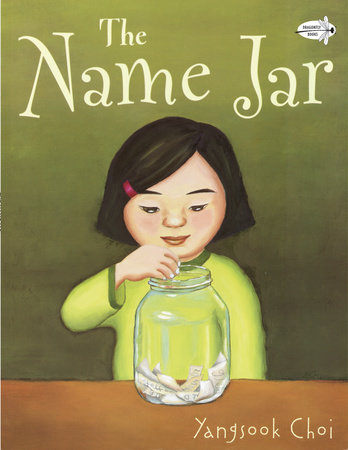 Drawing from her own personal experiences, author Yangsook Choi tells the story of Unhei, a young girl who just moved from Korea to America. As Unhei rides the bus on her very first day of school, she is ashamed when children find it difficult to pronounce her name and ridicule it. When she gets to class, she decides she wants a new name and tells her classmates that she will choose a name by the following week. Fascinated by this no-name girl, her classmates decide to help out by filling a glass jar with names for her to pick from. On the day she is about to reveal her name, the jar disappears. Encouraged by her new friends, Unhei decides to keep her Korean name and helps her classmates pronounce it.

Drawn Together by Minh Lê 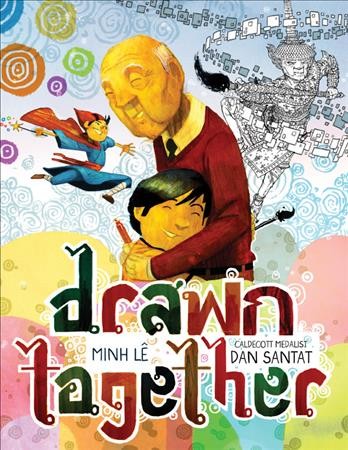 The story of a grandson and grandfather who overcome language and generational barriers through a common love of art.

Round is a Mooncake: A Book of Shapes by Roseanne Thong, illustrated by Grace Lin 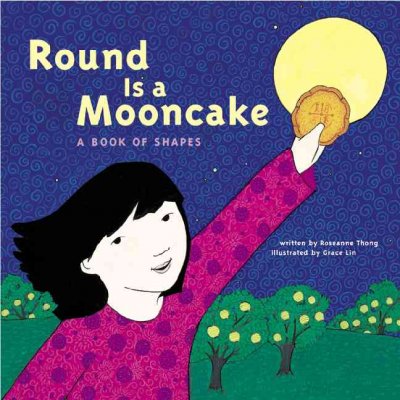 In this picture book, bright whimsical art accompanies a young girl’s discovery of shapes that remind her of Chinese American culture.

Bronze and Sunflower by Cao Wenxuan 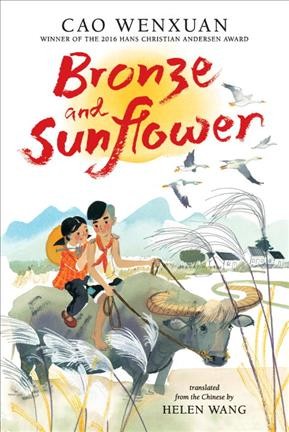 Winner of the 2016 Hans Christian Andersen Award, Cao Wenxuan tells the story of Sunflower and Bronze. Taken in by a poor family in a rural village after the death of her father, Sunflower bonds with the family's only child, Bronze, who has not spoken since being traumatized by a terrible fire. The two become best friends and share a bond that only the closest friends can understand. Translated from Mandarin, this story paints the timeless story of family, the hardships of poverty and loss, friendship, and the healing power of love and loyalty. 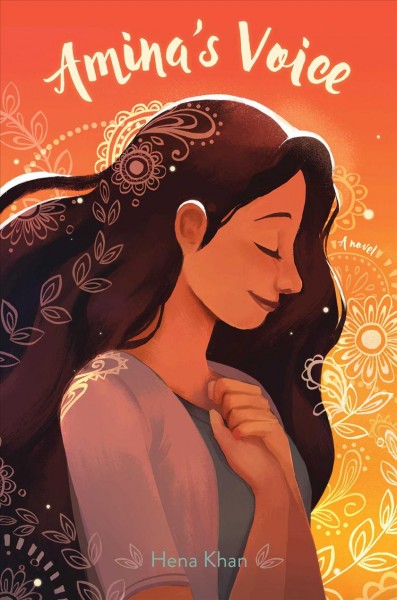 Amina’s Voice is about a young Pakistani American Muslim girl who just started middle school with her best friend Soojin. They were inseparable until Soojin started hanging out with the “cool” girls and started talking about changing her name to sound more “American.” Amina struggles with deciding whether to change herself to fit in, too, all while she deals with the devastating news of her local mosque being vandalized. 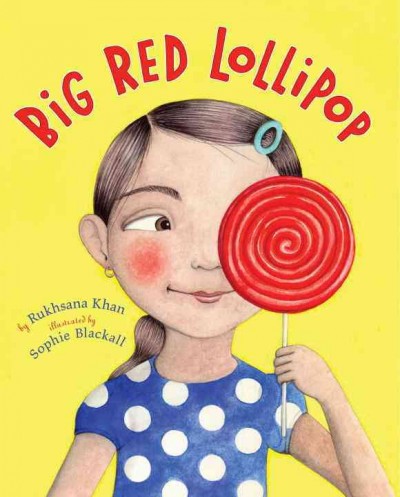 A wonderful, warm, and compassionate story about an Arab-American family with a focus on the challenges that two sisters face in a new culture. 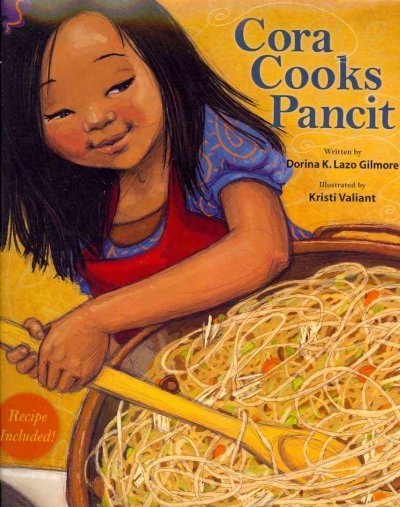 A heart-warming story of Cora’s first experience cooking Pancit, a traditional Filipino dish, with her mother for the very first time. The book includes a recipe for pancit.

To All the Boys I’ve Loved Before by Jenny Han 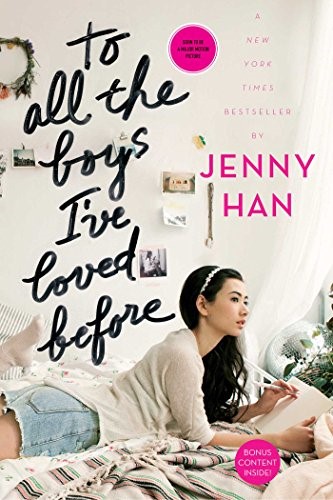 Inspired by her own experience of writing long love letters to boys as a teenager, Han tells Lara Jean’s story of the ups and downs of teenage romance. This novel’s big-screen adaptation is streaming on Netflix!

The Wrath and the Dawn by Renee Ahdieh 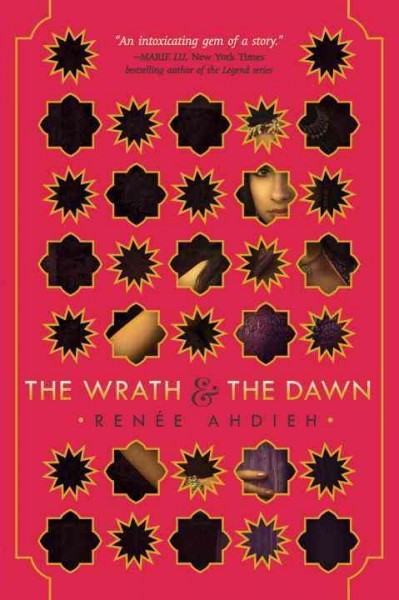 The first installment of a book series paints the dark portrait of King Khalid who takes a new wife each day and commands her execution at sunrise. After 16-year-old Shahrzad’s best friend falls victim to the king, she swears to avenge her death by becoming Khalid’s next wife and ending his reign of terror. Only the king is different than she expected and Shahrzad finds herself falling in love. 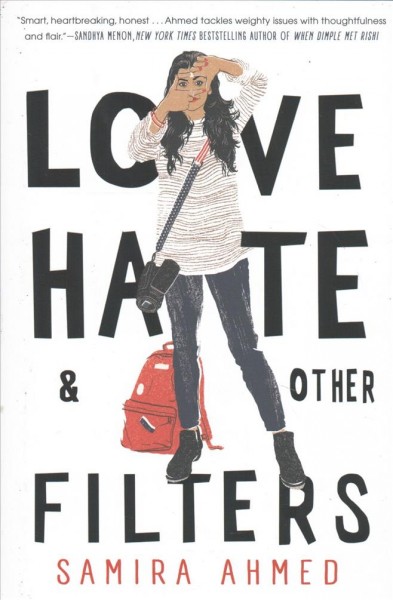 Maya Aziz is caught between her India-born parents' world of college and marrying a suitable Muslim boy, and her dream world of film school and dating her classmate, Phil. In the aftermath of a terrorist attack hundreds of miles away, the community she's known since birth is transformed by fear, bigotry, and hatred.

Saints and Misfits by S.K. Ali

Fifteen-year-old Janna Yusuf, a Flannery O'Connor-obsessed book nerd and the daughter of the only divorced mother at their mosque, tries to make sense of the events that follow when her best friend's cousin—a holy star in the Muslim community—attempts to assault her at the end of sophomore year. 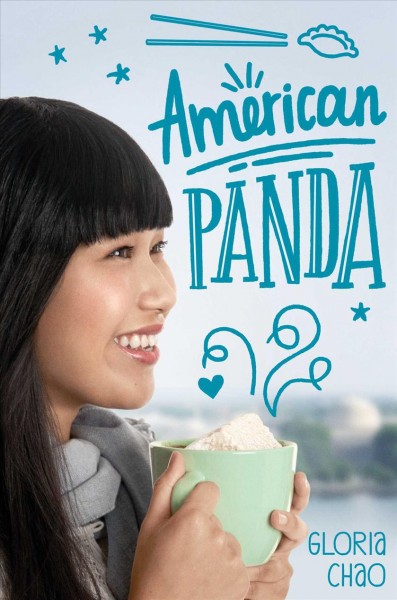 A freshman at MIT, seventeen-year-old Mei Lu tries to live up to her Taiwanese parents' expectations, but no amount of tradition, obligation, or guilt prevent her from hiding several truths—that she is a germaphobe who cannot become a doctor, she prefers dancing to biology, she decides to reconnect with her estranged older brother, and she is dating a Japanese boy.

The Kite Runner by Khaled Hosseini 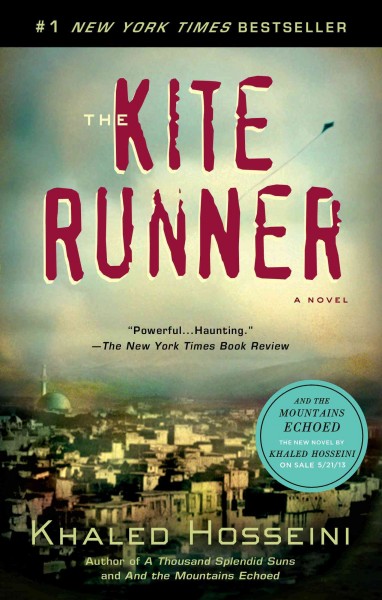 This story traces the unlikely friendship of a wealthy Afghan youth and a servant's son in a tale that spans the final days of Afghanistan's monarchy through the atrocities of the present day.

The Buddha in the Attic by Julie Otsuka 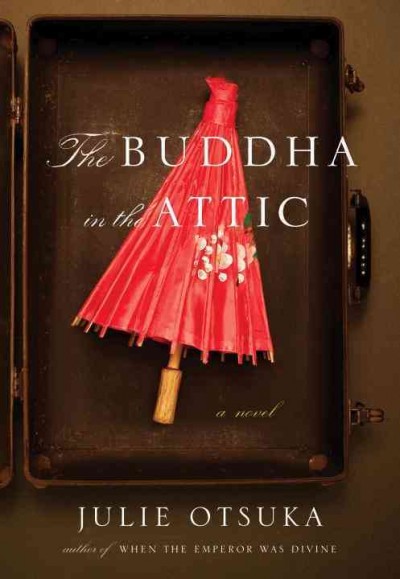 This book tells the stories of six Japanese mail-order brides whose new lives in early twentieth-century San Francisco are marked by backbreaking migrant work, cultural struggles, children who reject their heritage, and the prospect of wartime internment.

The Refugees by Viet Thanh Nguyen 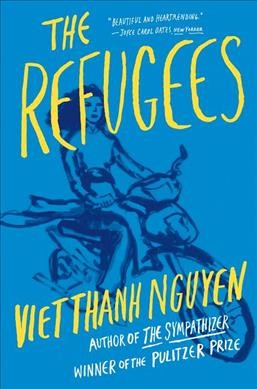 The Refugees is a collection of stories exploring questions of immigration, identity, love, and family. Viet Thanh Nguyen gives voice to lives led between two worlds, the adopted homeland and the country of birth. These stories are a captivating testament to the dreams and hardships of immigration. 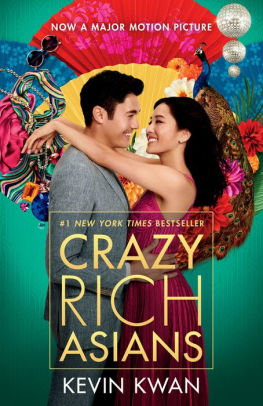 Envisioning a summer vacation in the humble Singapore home of a boy she hopes to marry, Chinese American Rachel Chu is unexpectedly introduced to a rich and scheming clan that strongly opposes their son's relationship with an American girl.